As we all know, the Grande Boucle will start from Bruxelles in 2019 to remember Merckx’s first win in the the race, 50 years before. But what about a full route to recall some of the most memorable moments of Cannibal’s career?
In my proposal (that’s more an exposition of possibilities) every stage will remind something of his period, with a key climb or a city that hosted the start or the finish of a stage that he won or where he wore the yellow jersey. As in previous articles, I used cronoescalada, openrunner e ridewithgps.

History: As said, the race starts in Belgium to honour Eddy Merckx’s first win in 1969. That year the first stage ended in Sint-Pieters-Woluwe, a city in the outskirts of Bruxelles. They climbed the Kloosterstraat (now Oude Steenweg) that, as explained here, became the Muur van Geraardsbergen between 1953 and 1970. It was in pavé until 1968, but then they asphalted it in 1969 according to photos. The Cannibal attacked there.

Route: A flat stage in general, but with the charm of the classics. It could be a sort of Paris – Bruxelles. Some Flemish Ardennes climbs in the middle, all in asphalt except the Bosberg (choosed because of its wide road and perfect cobbles), with obviously Oude Steenweg too. Last GPM of the day is the Bruine Put, a short but steep climb, ~15 km far from the finish. The last 3,4 km are around Bois de la Chambre, a park near Bruxelles, with wide and bumpy roads. In this stage, with the tension for the start of the race and the Belgian terrain, the roulers could try to distance the pure climbers, but a sprint is the most probable outcome. Watch out for the finisseurs though.

History: The Belgian champion won 5 times the Liège-Bastogne-Liège, what’s better than a stage on its roads to honour him? At the top of the Stockeu (only of the classic côte, not of the full climb) there is a stele to recall his attacks there.

Route: It’s time for the Ardennes-like stage, with the Mur de Huy to start and the classic triple Wanne-Stockeu-Haute Levée to end. The finish is in the Francorchamps circuit, on the Kemmel straight, 500 metres after the famous Eau Rouge-Raidillon chicane (look how steep it is in Francorchamps cyclocross course here).

History: Merckx won 3 Paris-Roubaix too, so it’s time for the cobbled stage.

Route: 9 pavé sectors, 17 km of cobblestones, all in the last 65 km. A good opportunity for the roulers to attack the climbers in one of the hardest pavé stage in recent history, with three sectors with 4 stars rating.

History: Valenciennes hosted the start of the first sector of the 7th stage of TDF 1970, won by Merckx, while Châlons-en-Champagne saw him win the 7th stage of 1974 (when it was called Châlons-sur-Marne).

History: The Cannibal wore the yellow jersey in Nancy in TDF 1971.

Route: A key stage in Tour de France route, a long flat ITT. Here the climbers would lose time and so they would be forced to attack on the mountains. Start in front of the Cathedral of Toul and finish in Place Stanislas.

History: MTF in Ballon d’Alsace is really important in Merckx’s carrier as he took his first ever individual victory in the Grande Boucle at the top of this climb back in 1969 (he won with Faema a TTT in the 2nd day). He attacked on the Col du Grand Ballon, first GPM of the day and arrived with more than 4′ over his GC rivals – profile of that stage.

Route: The first mountain stage of this route, with three 1°cat and one 2°cat on the menu. The Schlucht-Petit Ballon-Platzerwasel sequence is good to try something from far, then Col de Bussang and the finish on the Ballon d’Alsace. There aren’t a lot of MTF in the race, so the climbers should attack hard here.

Route: An hilly stage, with passage in Vesoul and on the two climbs of the circuit of 2016 French National Championships. There are four climbs in the last 35 km, with the steep Côte de Marchaux that could break the peloton. The top of Danton climb is only 5 km far from the finish, so someone could try to go alone here.

History: Besançon hosted the start of the 10th stage of Tour de France 1970, won by Merckx.

Route: Not even a GPM, perfect for sprinters.

History: The Cannibal won in Gaillard in stage 9 of TDF 1974, with Mont Salève in the route.

Route: A really hard stage to end the first week. The first climb begins just after the real start, so there could be fireworks here. The route is tricky, with four GPM and a lot of uncategorized climbs, so it would be difficult to chase. The first climb to Mont Salève is from its hardest side, perfect for a long range attack. The second passage over this mountain will be only 16 km far from the finish, mostly in descent. There is a little kicker of 400 m just before the finish line. 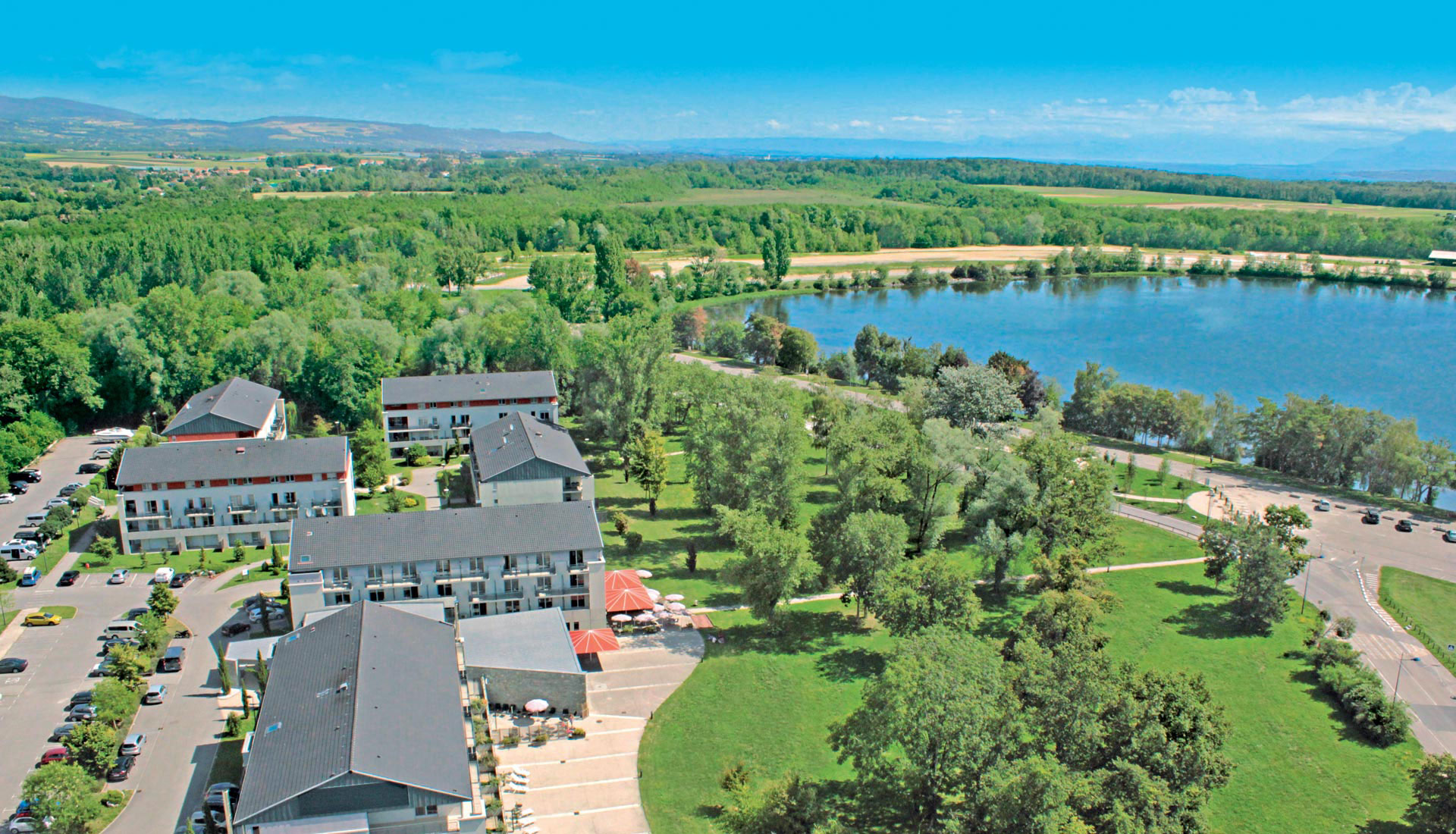 History: Our Belgian protagonist won in Divonne-les-Bains two times, in 1969 and 1970.

Route: A really demanding ITT, with a big climb (the Col de la Faucille) near the start and the last 25 km where the remaing energies would be key.

Route: A very long stage, with the first part mostly flat. The Col du Chat is the perfect preparation for the terrible east side of Mont du Chat. Here the race should explode, with the Col de l’Épine that should be good to watch some beautiful chases.

Route: A flat stage with only one 4°cat GPM. The final 10 km are slightly uphill, but these wouldn’t be a problem for the sprinters.

Route: The first third of the stage is almost identical to the one of 1971 stage, with Brié, Laffrey and Terrasses in the first 40 km, where there could be some important attacks. In Le Dévoluy some (big) changes start. First of all, the Noyer side isn’t the classic one (profile). Then, in sequence, Chaillol 1600, Manse, Moissière, Serre-Eyraud and the final climb. There is very little flat between climbs and the last three are in decreasing order of difficulty, so it’s the perfect situation for long range attacks.

History: Another recall to a big Merckx’s defeat, arguably the most famous one: Nice-Pra Loup in 1975, by Thevenet. That stage was incredibly hard, one of the toughest in the history of the Grande Boucle.

Route: The final sequence Champs-Allos-Pra Loup is a remake of the 1975 route, with Cayolle before, just after the start. It’s a really short stage with 4 climbs, there should be a lot of attacks.

History: In Tour de France 1971, after the defeat of Orcières-Merlette, Merckx attacked hard in the Orcières-Merlette > Marseille (video), from the descending start, formed a 9-men breakaway and finished 2° with almost 2′ over the peloton. He was still 7’34” behind Ocaña in the GC, but that stage was a clear example of Cannibal’s mentality.

Route: A complicated medium mountain stage to end the second week. As usual, there is an uphill start, to see interesting attacks from the beginning. The final is similar to the new one introduced in the GP la Marseillaise: Espigoulier, Bastides, Col des Cretes and Gineste. The route is good to try a tactical ambush.

Route: After the rest day one of the most dangerous stage of the whole Tour: there is an high risk of echelons as the last 75 km are all near the sea, using some of the roads of La Grande-Motte stage of TDF 2009 (video). But the big novelty comes in the final: 18 km of dirty roads (in good conditions) inside the fantastic Salin d’Aigues-Mortes. These will end only 8 km from the finish, so there isn’t enough time to recover.

Route: A totally flat stage, perfect chance for the sprinters.

History: In Auch Merckx won his last last stage in La Grande Boucle, the second sector (an ITT) of stage 9 in TDF 1975.

Route: Another dangerous stage, just before the peloton hits the Pyrenees. The longest of the race, it’s a kind of an Amstel Gold Race (or a Sittard-Geleen Eneco Tour stage). There are 10 côtes in the last 49 km, with narrow roads, again perfect for ambushes.

History: The Cannibal wore the yellow jersey two times in Saint-Gaudens in Tour de France 1970. The finish is in the Station du Mourtis, that is the Col de Menté ski station, a key climb in Merckx career as in TDF 1971 he attacked hard descending it and Ocaña crashed out while wearing the yellow jersey.

Route: Another rolling start to see a real fight for the breakaway, with the Col de Buret and the Col d’Ares that could favour some fireworks. The double Balès–Portillon is far from the final climb, but it could be really good for some long range attack. The last col is pretty hard, the hardest MTF of the race. The profile could recall the Pinerolo – Risoul of the Giro 2016, with Balès-Portillon as the majestic Agnello and a descending false flat before the final climb.

History: In Mourenx Merckx took one of his greatest win, in Tour de France 1969: in GC he had a 8’21” gap over the 2° (Pingeon) and despite this he attacked near the top of the Tourmalet, that was 140 km far from the finish. He won with 7’56” over the second – profile of that stage.

Route: The queen stage of the race and perfect to attack from far. The double Aubisque-Spandelles for the bravest and the Gaborisse-Tourmalet sequence to define the winner with the Côte de Saint-Savin in between to reduce the flat. The final kilometers are slightly uphill, a kind of Aprica finale.

Route: The classic final “kermesse” on the Champs Elysées.